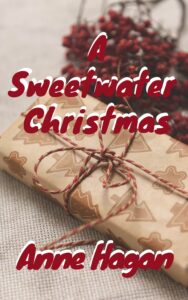 Emmie Warren is a middle school teacher who is trying not to rock the boat until she can finish her Master’s Degree and find the courage to move herself and her son away from sleepy Sweetwater to diverse, vibrant Austin, the only place in Texas she ever felt free to be herself. She’s been hiding her truth for years. She doesn’t see any reason to change that before she can make a clean break of things and start all over.

Cass Prater is a brash cowgirl who lives life out loud, wherever she lives. She’s got a plan and she plans to execute it. She’s not going to let anything stop her. Cass clashes with Emmie the minute they meet. It’s a battle of wills from there, on. She’s determined to show Emmie she can have it all: her family, a mate and a job that she loves, right there, in the heart of Texas.

This novella is a major expansion of the short story, Loving Blue in Red States: Sweetwater Texas.

Get A Sweetwater Christmas: