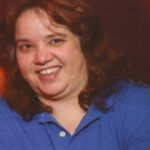 Anne Hagan is a wife, mother, foster parent, an author, and co-owner of MyQueerSapphFic. She writes whenever she can steal a few minutes away from family life and her other duties.

Anne uses the tagline ‘Family, Friends, Love, Murder, and Mayhem‘ to describe her work. Her books are known for featuring lots of interaction between family and friends. She started writing novels with her mystery novel, Relic, so murder and mayhem often play a role as well. Love is featured in all of her work, no matter if the story is a mystery, a romance, or a (legal) thriller.

She and her wife live in a tiny town that’s even smaller than the Morelville of many of her fiction novels and they wouldn’t have it any other way. Anne’s wife grew up there and has always considered it home. Though it’s an ultra-conservative rural community, they’re surrounded there by family, longtime friends and many other wonderful people with open hearts and minds. They enjoy spending time with Anne’s son, with their foster children, with their nieces and nephews and doing many of the things you’ve read about in her books or that will be ‘fictitiously’ incorporated into future Anne Hagan books. If you’ve read about a hobby or a sport in either series, they probably enjoy doing it themselves or someone very close to them does.

Anne is a member of the Golden Crown Literary Society (under her legal name) and of the Lesbian Author’s Guild.